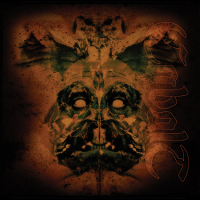 Now that most of the hub-bub regarding vocalist Phil McSorley’s very-public departure from Cobalt is in the clear, to the real matter at hand we go, which is the double album that is Slow Forever. Released nearly seven years to the date of Gin (amazing to see how much Profound Lore has grown in the meantime), Slow Forever finds Cobalt leader/multi-instrumentalist Erik Wunder still operating within the niche, vitriolic sphere of extreme metal, a blend that is neither death nor black, but rather a carefully-crafted summation of the two.

New vocalist Charlie Fell (ex-Lord Mantis) appears to the right choice. Whereas in Lord Mantis Fell had to contend with ultra-thick, sometimes immobile sludge, in Cobalt, he has a lot more room in which to work. Wunder’s chord-y, side-angle riffs probably lend a lot to that. Oftentimes using nothing more than straight power chords, the manner in which Wunder pairs his riffs is so cohesive that it allows for Fell’s biting vocals to drop in. His best moments happen upon “Ruiner,” Slow Forever’s biggest dagger, or “Final Will,” which calls for Fell to hold his own in a song that goes beyond the 11-minute mark. And it’s not common for vocals to do such heavy lifting in this context. Fell more than does the job.

We’re so accustomed to double-albums having a concept, or some grandiose theme, but Slow Forever’s narrative remains Wunder’s spiraling compositions. It’s a major heap of seven years of material, some of which is Cobalt’s best. We’ll point to the adventurous “Beast Whip,” where the tempo fluctuates and Wunder drops in some harmonious guitar lines, the down-and-dirty “Elephant Graveyard” (love the indie rock riff that starts it off), and the ominous title track, which serves as perhaps the most obvious nod to Gin. More than that, it’s an emphatic statement from Cobalt, who continue to hold serve as one of the underground’s most impactful bands.