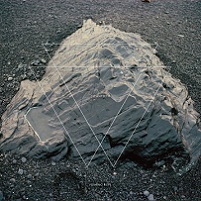 In this day and age with so many bands putting out music and it being so readily available, who you are has become just as important as the tunes being cranked out. With a few clicks one can find everything they wanted to know, and then some, about any band. How one is presented or marketed, will have an influence on how people respond to the music if they choose to listen. Not saying it’s good… but it’s the truth.

That said, when I came across Cleanteeth, I immediately thought I was in store for a load of hipster metal. One of those Brooklyn bands that have jumped on the trend of whatever has become the current flavor of the week and these days, doom seems to be the go do subgenre of choice for the hipster set. I wasn’t real excited to dive in but after many thorough listens through Pushing Rope, I’m pleased to say that Cleanteeth took those preconceived notions and shoved them right up my ass, exceeding expectations.

I’d seen the doom tag associated with these guys but they have a unique sound that doesn’t fit neatly into any box, as they pull from all over the heavy music spectrum. Take a bit of the noise rock style of The Jesus Lizard, some slow sludge of EYEHATEGOD, and the grandiose chug of ISIS and you’ll start to get the idea. The album kicks off with droning feedback and drums that slowly build momentum until about a minute in when it breaks wide open with a gigantic riff and shouted vocals.

This sets the table perfectly for the album as they continue with the big riffs and pulverizing drums while layering in angular, textured guitar tones and experimental noise elements throughout. “Shitbreather,” “Collision Specialist,” and “Sexual Mustache”are a few standout tracks, with the former kicking up the noisier more experimental elements a notch and the latter two just kicking ass with huge guitars and a great choruses.