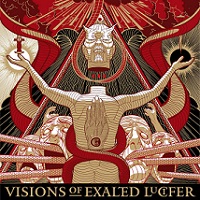 From underground…to further below, if that’s at all possible. So goes venerable, long-running, totally cult act Cirith Gorgor. Hailing from the Netherlands, the band’s output since their 1996 inception has found the band residing in the blisteringly fast realms of black/death metal, with a slight nod going to the black arts given the band’s Satanic lyrical approach. With Visions of Exalted Lucifer (the band’s sixth effort overall, and first since 2011), there’s really not much else to do other than prepare for the swarm, storm, and black clouds ‘o doom.

Oftentimes eschewing propulsive songwriting dynamics in lieu of speedy and/or speedier tempos, the batten-down-the-hatches front that worms its way through opener “Salvator” into the diabolical title track leaves little to the imagination. With little bombast to these numbers, there’s a distinct focus on the band’s riff and drum tangents, which in a way, resemble the cliff-flailing MO put on by perhaps the best band in this realm, Krisiun. Cirith Gorgor has a similarly brutal outlook, too, with the album effectively cresting with “Rite of Purification – Vanished from This World” displaying the sort of fuck-all, leave it all behind gusto that takes the shine off most pristine bands in this realm.

Still, even as Visions of Exalted Lucifer mows ‘em down, there’s only a few takeaways to chew on, most notably how over-the-top the whole lot is. But if we want to look at the bigger pictures, here’s a band marching into its 20th year, getting faster, while getting older, realizing that extreme metal is still very much a young man’s game. 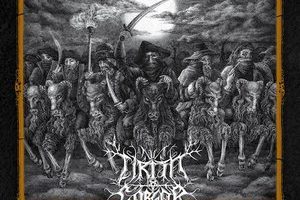