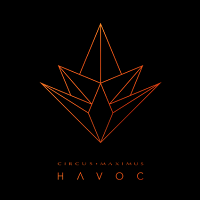 Circus Maximus are yet another caustic reminder of how fast time goes. This scribe remembers quite well when the band burst on to the progressive metal scene with their 2005 The 1st Chapter debut. At the time, I was working for InsideOut Music America, which meant we often caught wind of hot-and-happening progressive acts before anyone else. Circus Maximus just happened to be one of those bands, highlighted by the pristine vocals Michael Eriksen and a careful, but edgy metal/hard rock tightrope. Subsequent albums such as Isolate (2007) and Nine (2012) further upheld the band’s promise, but they’ve rather fallen off the radar since. A new album in the form of Frontiers and a new album with Havoc will hopefully get the Norwegians back on track…you’d think.

Signing with Frontiers, now a safe haven for many veteran rockers looking to maintain their careers, doesn’t translate to a band automatically losing their edge. The album’s opening cut, “The Weight” certainly upholds a lot of the previous sonic truism associated with the band. Eriksen’s sharp and cutting vocals still remain the primary function in Circus Maximus. He’s far more convincing against a metallic backdrop, like on “Highest Bitter” or “After the Fire.” Not quite sure where the band was going on the American FM radio-ready, ultra-dull, partly-dumb title track, but it’s a total throwaway, and an odd attempt at meathead rock.

Working around the album’s AOR cuts isn’t much of an issue (see: “Loved Ones” and “Remember”), so the guts of Havoc offer plenty of evidence Circus Maximus haven’t totally jumped off the progressive metal ship. Then again, they’re truly an oddball in the whole grand (prog) scheme of things; a band who doesn’t go for showy instrumental sojourns but can do so at the drop of a hat, all the while retaining this unmistakable, occasionally light rock edge. Really, they don’t make ‘em like Circus Maximus. 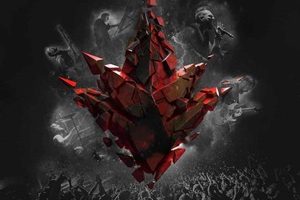