Circles – The Last One (Season of Mist) 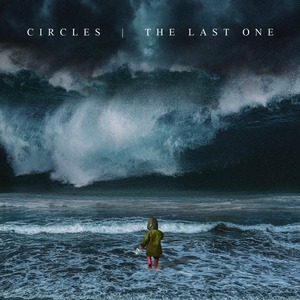 The djent movement has been producing a large chunk of bands, even if the major wave has seemingly subsided. Circles was actually towards the forefront of this movement if you rewind the clock a ways, but it’s been 5 years at this point since Infinitas was released. In a world that demands constant attention, some may have forgotten about the act among the many then-rising djent crew. The Last One is a solid welcome back for the band (with some line-up changes of course), but never takes them fully into the stratosphere.

Some well-executed evolution from the band keeps them from sounding like a purely djent act. Circles have increased their overall heaviness, incorporated more prog influences and melodic nuance, yet have that distinctly identifiable guitar tone that embeds them in said genre. Truthfully, it’s also the one thing holding them back from complete excellence. Tracks like “Dream Sequence” have more than passing djent vibes to them, which shouldn’t be a detriment, but when some of the other ‘proggier’ tracks have so much more energy to them, the more djent tracks come off as a bit generic in tone. A melodic cut like “The Messenger” manages to capture the modern vibes without this, and in turn feels quite compelling in tone. This is where the band shines, which thankfully makes up the better part of the disc. “Alone with Ghosts,” “Tether,” and “Resolution” also share this view (among others), with an introspective yet able to bring in just the right amount of heaviness behind it. New vocalist Ben Rechter is a good fit for the act as well, able to develop a catchy chorus without having it become too sugary-sweet in tone.

There’s a lot to enjoy with Circles latest, but one has to be willing to forgo some of the djent that the band is rooted in. The progressive tendencies are some that the core audience should enjoy, but there’s a part of this scribe that wonders what dropping the more generic djent undercurrents would do to the band’s sound as a whole.