Chronoform – From the Void (Inverse) 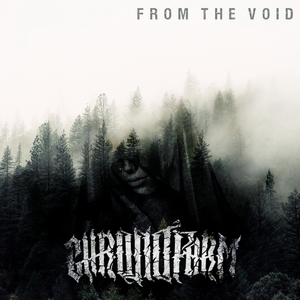 Full of modern grooves but an old school metal bite, Finland’s Chronoform fall into some territory that feels familiar yet different somehow. From the Void is the band’s debut full-length, and it gets the band off to a comfortable start – even if it seems that there’s stronger material waiting in the wings.

As already noted, the most immediate aspect of Chronoform is that of groove. There’s buckets upon buckets of the stuff as you move through From the Void. Clearly the band’s forte, tracks like “Sight of Eternity” and “Veil” have some sections that pound like thunder. These offer some hooks to grab the listener, and they occasionally augment tracks with some more explicit melodies or atmospheric dips as well (“Purist”). Probably the best way that they push things further is to bring in some speed and brutality. Opener “Conquer” is a fine example of this, where intense blasting sections bring an extra sense of immediacy to the tracks and merges well with the melodies and groove. While the grooves are the strength, they are also admittedly holding the band back ever so slightly. With the mid-tempo emphasis, much of the tracks (particularly in the second half) lack some distinctive personalities. Each track is a fine listen on its own, but hearing From the Void in one session starts to make one yearn for a bit more variety.

With some solid melodies at hand, Chronoform lay the groundwork for their particular style with From the Void. While there may be a few kinks not worked out completely still, listening to a few tracks at a time still offer some promise as they inevitably bring in more influences and diversity on future offerings.