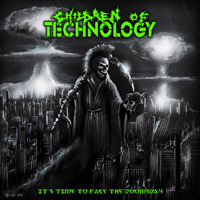 Talk about kicking it old-school, Italy’s Children of Technology’s It’s Time To Face the Doomsday will only be released on vinyl and tape. Seriously, who has a tape player nowadays? Maybe those who have a tape deck in their car would (my band’s bass player does – he plays the fuck out of Ozzy’s Diary Of A Madman), but this manuever is just like the mountains of so-called necro and “troo” black metal bands only releasing stuff on that platform.

Like most releases on the fledgling Hell’s Headbanger’s, Children of Technology play a very brazen, oftentimes sloppy brand of thrash metal. It touches upon the usual suspects like Venom, Discharge, while adding touches of crust, something that’s readily apparent on “No Man’s Land,” one of the few standouts on this eight-song offering. Traces of black metal riffage appear on “Racing Through the Valley of Death,” while the ominous “Nuclear Armed Dogs” (great title) and Kenny Loggins-inspired “Escape From the Danger Zone” prove CoT can do more than just muck it up with substandard thrash. Joking about Kenny Loggins, by the way.

Inventive this is not, but bands like Children of Technology have a difficult time being convincing through studio recordings. As is the case with so many bands of this ilk, it’s probably not a stretch to say they’re far more vitriolic and exciting live, but It’s Time To Face the Doomsday, in spite of its obvious shortcomings, is good, sloppy times. 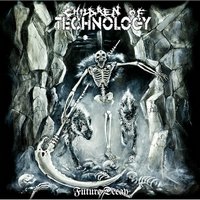