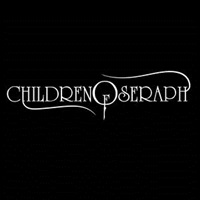 Millennials often get a bum reputation in entertainment circles for they grew up during the Internet/social media revolution, where downloading and streaming digital content is the norm and not the exception. Absorbing numerous sources of influences can lead to an expansion of ideas – which brings us to Seattle, Washington power metal sextet Children of Seraph. Forming in 2013, their debut, self-titled EP proves that the younger generation can fuse together exciting riffs, harmonies, and counterpoint elements to develop an intriguing style.

Incorporating a darker power stance that has a little bit of gallop from 80’s traditional metal but using sometimes odd chord phrasing or haunting keyboards (referencing Sabbath/Dio rather than Sonata Arctica) – a song like “Sleeping Song” contains that instantaneous guitar refrain that could be a distant cousin to “Powerslave” from Iron Maiden while the lead break is slow and methodical to enhance the exotic atmosphere. Opener “Metal Face” rips your face off, the double bass/ fill work from drummer Justin Nokes killer while vocalist Collazo soars on high command, and twin guitar leads from Nathanyel Nieves Driver and Xabier Alesander dip into the Keepers saga Helloween bag of pumpkin tricks.

The spoken word aspects give “Seraph’s Awakening” that King Diamond meets Iced Earth affect, bassist Will Bennett churning out effective low end parts for the guitarists to tap and shred upon – even bringing some early Metallica to mind. The closer “Defenders” is the shortest of the four, but contains the most anthem-oriented qualities for maximum fist pounding and hair whirling in terms of the shifting riffs, melodies, and harmonies – think Maiden meets possibly the brilliance of Coroner or Voivod here. Lively tones further meet long-term sonic approval – a good representation of what to expect when taking in these songs on stage.

Is everything perfect at this point? No – the band still need to shed some of their obvious influences, but for a band in their teens and early twenties, this is pretty potent power metal that is not wimpy by any means. The Northwest scene still has life in traditional/power circles, let’s keep an eye on Children of Seraph as they continue to develop and strive for their own niche that could produce gold.