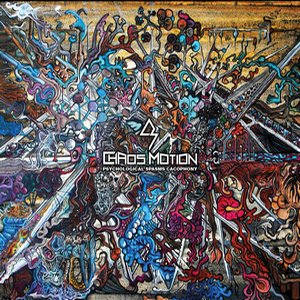 Much akin to the artwork that adorns Psychological Spasms Cacophony, there’s a lot going on with Chaos Motion’s debut, and it’s going to take some time and patience for it all to sink in. It’s a divisive release, that’s for sure. This is the type of album that many die-hard tech death fans are going to praise for years to come, but there will be just as many that say, ‘What the fuck did I just hear?’

To get it all out there from the get-go, there’s not much semblance for structure and/or coherence as you move through the album. The songs have an almost improvisational feel to them, as they swing wildly over the course of one minute, let alone an entire track. There’s some dizzying and jagged edges to take in, and the band does not shy away from unloading technical flourishes by the dozen. Sometimes it feels it’s almost easier to take in the album by focusing on simply one instrument at a time. There’s much to take in, aside from the vocals (more of the standard fare here), and you can easily move into the album in this regard. The bass is excellent, the drumming patterns are enjoyable, and the riffing is mind-boggling. It will knock you completely backwards. The problem? It’s so dense that there’s not much to really take in outside of listening to the sheer technicality of it all. It’s more of a niche vibe – something that other tech musicians are going to appreciate (and want to try to outdo), but it’s rendered pretty sterile if you are listening for simple pleasure. The music doesn’t ever really stand still as they leap from riff to riff, and by the end of it you’ll be hard pressed to remember much of what you just heard.

Your mileage on Psychological Spasms Cacophony is going to vary greatly based your enjoyment of the technicality of the music itself. For those seeking a challenging listen, it’ll be album of the year material for sure. But for those more interested in the song structure and a few melodies, this one will not be friendly to you.