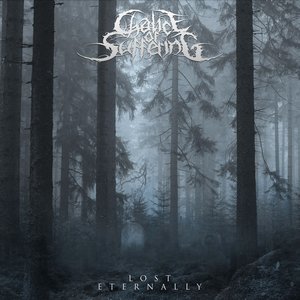 There’s something to be said for a solid band name and that is something Chalice of Suffering really nails: the visual of it is intense. Unfortunately Lost Eternally does no do the visceral band name any real justice, though it isn’t completely without redemptive qualities. Perhaps as is thematically appropriate, Lost Eternally is a journey in frustration.

To the positive: though the pace is glacial and the heaviness constant, it’s a heaviness drawn from atmosphere far more than raw guitar overload. In this regard it calls to mind one of my personal ‘gateway’ albums into funeral doom: Shape of Despair’s Angels of Distress. Synth bathes everything in a thick, cold fog of sound. Not suffocating, exactly, but close. Oddly contrasting (and melodic) bass does cut through that fog and bring occasional joy as in album highlight “Emancipation of Pain” or the album’s briefest cut “Miss Me, But Let Me Go”.

Unfortunately the sea of fog metaphor applies to the album experience as a whole. Surviving the burnout years of post-metal (2006-2010) taught key lessons: if multiple songs are super close in length, they’re probably to some obscure internal formula. Unfortunately for Lost Eternally, opener “In the Mist of Once Was”, title track “Lost Eternally”, and “The Hurt” aren’t just close: they’re the same (9:36). While the title track has a solid early-90s goth bit of synth work in its favor, they each ebb in the same (maybe purposely) tar-like blackness, dirges against forces unknown.

That’s a bridge the album tries to cross a few times, into the mystical land of old-world gothic expression. Spoken word (sometimes harsh, sometimes not-so-harsh), the aforementioned synth work, and even programmed-sounding drums. No dramatic forays into tear-soaked vistas painted by violin, no storm-racked backdrops painted in grand choral washes.

Funeral Doom is a difficult sell under the best of circumstances and Lost Eternally is not particularly engaging, by genre standards or otherwise. Considering the season, it’s even more of an up-hill battle. Genre diehards may find an experience here to enjoy as that’s what genre diehards do. Most others are best off indulging “Emancipation of Pain” and calling it a day. 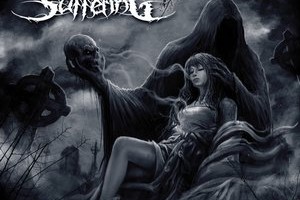