Cellar Darling – This is the Sound (Nuclear Blast) 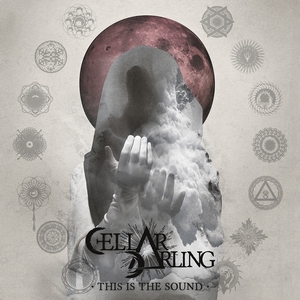 There were undoubtedly many who were a tad disappointed with the announcement of the departures of Anna Murphy, Ivo Henzi, and Merlin Sutter from Eluveitie last year. But their announcement that they would continue to make music together held some promise. It’s now that we are able to see said promise, with the release of the band’s first album, This is the Sound. In short, it’s not Eluveitie part II, and nor should it have to be. It’s something different and spectacular in and of itself.

Obviously, with the members involved the tendency for this album is going to be to compare it to what we’ve heard of them previously. The best advice that can be given is to give the band a listen with a clean slate and just hear it for what it is. Anna Murphy’s vocals and hurdy-gurdy are going to be familiar, as are Henzi and Sutter’s contributions, but it’s quite apparent they are following their own path. Perhaps the richest part of This is the Sound is the different feeling that each track provides. A wide breadth of material that keeps folk at the forefront, but isn’t afraid to cross multiple boundaries to provide a more unique experience. There’s the epic and massive sounds of “Six Days,” which features some engrossing, heavy riffs and soaring melodies at points, while gentle flute and peaceful strings accent some quieter moments. Then there’s the more earthy “Hedonia,” which ebbs and flows between tranquility and tension – giving the feelings of a cabin in the mountains at nighttime. “Starcrusher” is rightly one of the heavier tracks on the album, and Henzi’s riffs have some real groove and heft to them. On the more upbeat end, there’s the more playful “Hullaballoo” (with some excellent hurdy-gurdy) and the enchanting “Challenge,” with one of the album’s strongest and most memorable choruses.

With the fantastic performances all around here, it’s worth taking a moment to acknowledge Anna Murphy’s growth as a vocalist as well. Compared to her already strong work in Eluveitie (or even her solo album, also entitled Cellar Darling), she’s taken a big jump from where she was and does some breathtaking stuff. Check out the melodic lines of “High Above These Crowns” and you’re sure to get some goosebumps. Likewise, the wisely chosen first single of “Black Moon” and more modern approach to “Rebels” gives her plenty of room to experiment as well as provide some impressive lyrical content.