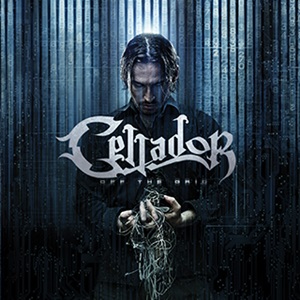 US power metal struggled to maintain any foothold in the scene after an active 80’s market, probably due to the alternative/extreme factions that grabbed underground attention outside of major media dropping any proper coverage or exposure. Seeking out more options online, European bands didn’t abandon their loyalty to those melodic / harmony ideals, and then the Guitar Hero video game explosion put Dragonforce on the map in the mid-2000’s. In 2006, a Nebraska power act burst onto the scene with their Metal Blade full length Enter Deception– and soon thereafter Cellador would receive comparisons to Dragonforce that for this scribe were not completely justified. The twin harmonies, furious tempos, and multi-octave vocal delivery contained more depth and tighter song structures beyond the obvious arpeggio/shred-oriented Malmsteen aspects – so whatever happened to this group?

Flash forward eleven years later. Following relocation to Colorado, a complete lineup shift putting guitarist Chris Petersen also on vocals, and a self-released Honor Forth EP in 2011 that let people know of the transition, the band is back in a big way to prove the debut effort was not a one-trick pony for the power/speed metal realm. The musical foundation continues to be about soaring vocals and sterling riffs that along with pulsating bass passages and whirling drum fills/tempos make you feel majestic and able to conquer the tallest obstacles in a single bound. Chris’ intuition in keeping these songs in a tight window time frame (only two of the ten tracks slightly exceeding five minutes) allows the listener to engage quickly with the musicianship and lyrics and retain these ideas long-term. A dazzling keyboard/guitar tradeoff gives “Break Heresy” momentum on the front half, the chorus and textures in line with the great work of Iron Savior. Other material reflects 80’s-period Chastain or the much-missed Destiny’s End – “Shadowfold” containing a tremendous blitzkrieg riff that wouldn’t have been far off The Voice of the Cult album period, while the follow up “Wake Up the Tyrant” gallops and gallivants in classic splendor while the main verses and chorus contrast in Euro-uplifting passages as a sing-a-long chorus embeds deep into the brain.

Many will probably question the 80’s cover of Cyndi Lauper’s “Good Enough” – yet it works in the Cellador context as the twin guitars/keyboard main hook plus heavier interpretation alerts us to the fact that great musicians can transpose a pop-oriented movie soundtrack song (The Goonies for those who need to get up to speed) and make an entertaining track. Rare is the day this scribe would say a decade off the grid (pun intended) has improved the stature of a band, and with this record they are back in the right way. Stronger, more versatile, and still keeping the Cellador power/speed roots on hand yet adding a more commercial sheen vocally to possibly expand horizons as their career propels forward – do not miss out on Cellador again.