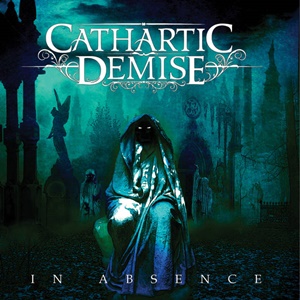 Spotting talent in its infancy for the metal realm and watching it blossom has been one of the greatest joys writing about the underground scene for decades. Searching for newer bands and exposing them to a wider audience – no matter where they are around the globe. Kitchener, Ontario quartet Cathartic Demise hit the marketplace running with a strong self-titled EP debut from 2019 – a three-song affair of progressive thrash ideal for those who love a fusion of late 80’s thrash and the intricacies/abilities of acts like Revocation and Fallujah. Hoping to exceed expectations the full-length follow-up In Absence widens the playbook – pouring out eight tracks (plus a short “With Lust” instrumental intro) that prove these musicians mean business as far as catchy songwriting, incredible musical prowess, and a bevy of melodic/harmony tricks to keep your ears abuzz and heads banging away.

The guitar work from Bennett Smith and Taylor Wroblewski is crisp, fluid, progressive, and heavy as hell – often gaining a third assist by the bass propulsion from Aaron Tanner that will make many think he takes Iron Maiden to that Overkill/ Testament level on the instantly appealing “For Power” and culturally enhanced speed swarming “Blade in the Dark”. The stop/start activities and transitions also make for set to stun/wow moments throughout the record – Angus Pike as a drummer cultivating all of his percussion muster to keep time in a thrash context while adding in blast beats and progressive fills as if he has double the legs and hands in play. The material has an average run-time around seven minutes, understandable given the nature of the riffs, extensions, and musical components intertwined – layers of ideas to absorb while still gearing the headspace for plenty of earworms and circular movements that retain interest – even if things are a little more Voivod-ish against some Revocation angles during “Silence Within” or hypnotic and alluring during the calmer, guitar harmony-driven closing instrumental “Desire”.

Maturity is a word that comes to mind for all the players on hand – advancing abilities and using those traits appropriately, as there is a proper sense of balance between melody and extremity in “Disparity” that ties together melodic death/blackened tremolo textures into a Cyclone Temple-like rhythm guitar foundation. Bennett’s vocals continue to have that raspy, militant delivery that will keep Cathartic Demise firmly in the thrash camp, avoiding any ‘commercial’ stamp – and seeking out Jamie King for mastering duties again ensures a crunchy final outcome. In Absence rivals the best in the business when it comes to progressive thrash – touching on decades of influences and proving Cathartic Demise deserve more attention and followers because quality this good shouldn’t remain unnoticed. 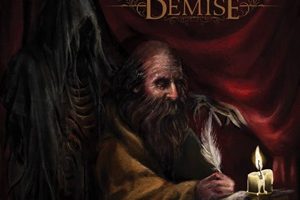