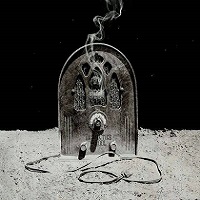 With Epicloud, we got Epiclouder, a companion disc to bring forth “the rest” of the material Devin was working with at the time.  Two albums from Devin is always better than one, and for Casualties of Cool, the tradition continues with a second disc of material that somehow didn’t fit on the release.  Keep in mind, Devin himself stated that some of the songs on this bonus disc were some of his favorites, but they didn’t “fit” into the feel of the record, so they were scrapped.  With that logic, it seemed a travesty to not order the double-album instead of the single.

The 12 songs on the bonus album (13if you count the instrumental), more or less convey the same sonic landscape that stretches across the main album.  One of the biggest differences is that where the main album features more vocals from Che Aimee Dorval, this bonus disc is almost entirely Devin.  There are still some songs here that go into the “dark country” foray, most notably “Moonshine” and “Gone is Gone,” but there is much more time spent in the ambient/jazz/lounge arena and sometimes feels more akin to Ghost if it were given more vocal room.

One of the highlights of Causalties for many will be that of “Flight”, and the bonus disc gives us “Fight,” a stripped down version of the song featuring only Devin and his parts.   Some other highlights include the mellow acoustic “Where You’ve Been,” the lounge room cool of “Dead Eyes,” and the one-two punch of “Aquarius” and “Perspective.”  “Aquarius” and “Perspective” both capture initially light in tone, yet rise to sweeping epic levels (particularly “Perspective”) and truly edge out some tracks on the impeccable Casualties album itself.

While it may lack the feeling and thematic continuity of Casualties (it does have some pretty good flow still though), this second disc is not to be missed.  Some of the songs do truly trump their album companions (not exactly an easy accomplishment) and are equally worthy of your time.  Casualties was very clearly a labor of love for Townsend, and even the stuff that didn’t gel with the album still lays waste to much of the material on most bands’ respected A-sides.  If this double-treatment continues with future material, will we see four albums worth with the upcoming Ziltoid/DTP double album?  One can dream right?  More Devin is never a bad thing!