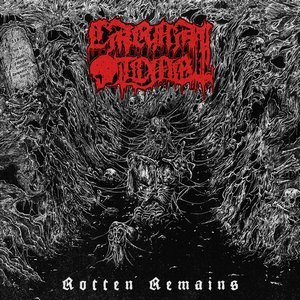 If you are going to play old school Swedish death metal and name yourself after a Dismember song, at least pick a good one right? At some point, that had to be the thought process behind Carnal Tomb, who have done both of those things for their full-length debut. The rest – well, based on your knowledge of how the genre works, it should be easy to pick up the details.

Carnal Tomb follows the basic formula that all bands are sticking to with said genre in question. Plenty of mid-tempo charging ahead, your fill of quasi-catchy melodies to fill the space between, and some occasional speed runs and crawls. To the outsider, there’s really nothing different about what Carnal Tomb is doing that you can’t find elsewhere. But at the same time, there’s a certain level of charm to what they have done here as well. Despite the complete lack of innovation, Rotten Remains continues to call out, begging to be played just one more time. It’s hard to put a finger to it, but why question when the will is there. The HM-2 crunch is dead-on, the riffs are energetic and as pissed-off sounding as they should be, and there’s never a dull moment.

What Rotten Remains lacks in originality, it willfully makes up for in passion. It may not be enough for the average joe/jane to turn their head in awe, but for those faithful to what well-written Swedish death metal can sound like, Carnal Tomb hits a sweet spot that will be hard to ignore.