Still riding high (pun intended) on their earlier split this year with Ghoul, Cannabis Corpse have quickly returned with their latest full length, From Wisdom to Baked.  Seemingly taken as a bit of a joke band at the onset, the band has made it clear over the years that they are more than simply bong-infused Cannibal Corpse worship.  If the Death and Gorguts inspired song titles lead us towards any hint about the new material, it’s that of broader influences.  The title track even gives off a bit of Gorguts in its songwriting, in addition to the punny title.

The music of From Wisdom to Baked does play off the Cannibal Corpse formula but to slander it as mere copycat is simply unfair.  While much of it is the high-energy, fast-paced approach, they do a good job of changing up tempos and merging the brutal riffing with some technical, but not too showy flair.  Songs like “THC Crystal Mountain,” With Their Hash He Will Create,” and “Baptized in Bud” are all fine examples of solid songwriting dynamics and visceral bludgeoning.  There are more vocal hooks and repeated choruses here as well, making the album memorable without compromising their re-interpreted version of the Floridian death metal sound.  Also interesting is the undoubtedly Alex Webster-approved use of audible bass.  Bass lines are often given more than the simple “follow the guitar” workout and adds more flavor to the proceedings.

There is nothing half-baked about Cannabis Corpse at this point.  From their witty song titles (most notably from Gorguts and Death this time around) to their seemingly dead serious approach to musicianship, From Wisdom to Baked is strong enough to make even the harshest marijuana critic ignore the hash-soaked lyrics and ‘bang along.  So grab your finest bud(s) and enjoy! 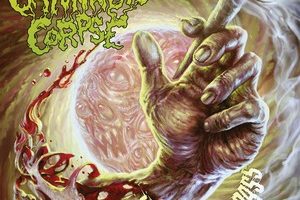 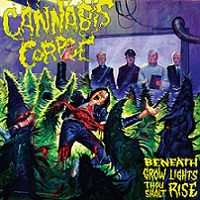