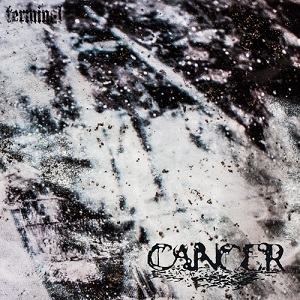 Bless this version of Cancer, for they not know of the first, semi-legendary Cancer who have enjoyed an on-and-off career since 1987. The first rule of thumb when thinking of a band name is to do a Google search, although Cancer (the band) definitely is not the first result, so we’ll let this pass. This Cancer is from Perth, Australia, and play a familiar brand of depressive black metal that appropriately circles its wagons around Lifelover (very obvious influence), the Swedish Shining, and other tormented BM outfits. Their six-song Terminal debut can hold its own, though.

When they were around, Lifelover were the arguably the best at torture-chamber shrieks. You know the kind: A dude semi-squeals and screeches his way through a verse, as if, in fact, he were being tortured physically or even mentally. Cancer do this quite a bit to varying effect. While the riff spirals and harmonies found on “Hypoglycemia” are momentous, the shrill vocals tend to throw the song of its course. On the grinding “To Taste Your Contempt” (great title), they’re more effective, blending with atmospheric sequences and spoken word vocals.

It’s refreshing to see this underbelly of black metal represented so frequently of late. The style’s dark, soul-crushing side has always opened the door for more dynamics, something Cancer demonstrates across Terminal. As it turns out, Cancer are what amounts to a baby band, having formed in 2016. May there be more stomach-turning screeches and wails in their immediate future. 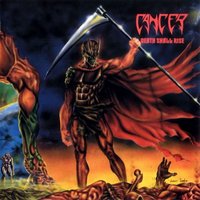 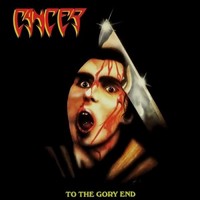