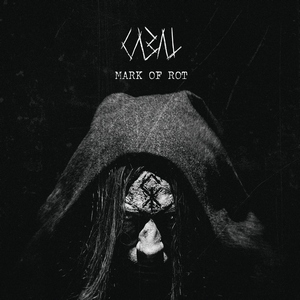 Chug, chug, chug! No, that’s not the sound of a college party in the background, nor a train barreling down the tracks. Though the latter does have some sonic consistencies with the Danes of Cabal, who lace their modern and murky death metal with plenty of mid-tempo, deathcore tropes that tend to hit you like a ton of bricks. While they may not exploit these clichés to the same scorching levels as some of their peers, you are bound to be left with only the singular notion of, “whoa, that was heavy” by the end of Mark of Rot.

With downtuned and crawling riffs aplenty, what gives Mark of Rot a slight variation is their penchant for the more theatrical. “Rah’Ru” immediately comes to mind here, with more sweeping and grandiose synths providing some additional scaling to the rumbling riffs, as does some almost Periphery-esque progressive moments that are occasionally inserted. Unfortunately, these moments are fleeting and much of the album exists in a landscape that is chocked full of banal deathcore clichés. The lurching riffs have no diversity to play off on tracks like “Unworthy,” where the barrage is near-incessant, coupling with the ‘atmospheric/eerie’ melodies and typical vocal barks that flow through almost every Thy Art is Murder-inspired act. It all lends itself to a completely blurred listen where tracks more or less fail to differentiate themselves to the level which they could have.

Alas, like many deathcore records before it, Mark of Rot puts almost of its eggs into one basket. While no one is going to argue the heaviness factor of a record such as this one, it just fails to be very interesting outside of that aspect. And with the slight injections of more theatrical and progressive elements, you can’t help but wish they’d focus more on those instead to spice things up a bit. 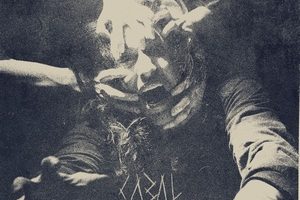