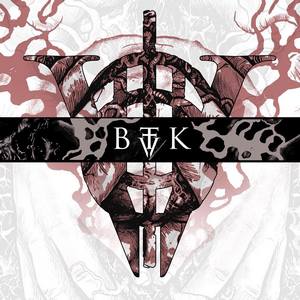 When one tends to think of deathcore releases, subtlety doesn’t seem to come along for the ride. It’s a genre that focuses on big breakdowns, brutal vocals, and speedy riffs, and the lyrical content seems okay to follow along in that regard. But the Aussies of Bury the Kings have a different notion to bring to the table, and V goes through the five stages of grief – at both the lyrical and musical levels.

To be 100% fair, lobbing just the deathcore brand isn’t entirely fair to the band. There’s certainly some progressive elements within Bury the Kings’ sound, but they do employ the chug-heavy, almost djent-y approach that many in the genre favor. The first two tracks line up thematically as the heaviest, encompassing denial and anger respectively, and provide some throttling riffs and melodies at the listener at full force. It’s only at the third track (“Take Me With You”) that some cleans are introduced and more melodic tones are used. Something that continues with the remaining two tracks, as more sorrow-filled melodies bring a different feel to the fourth track “Skin and Blood,” while the final track (representing acceptance) keeps it heavy while still bringing in some uplifting emotions and closure. The overall formula doesn’t rely too much upon breakdowns, if it was made clear already, and allows the material to display a more natural feel even while many of the deathcore vibes are still delivered.

An intriguing concept that manages to convey itself well, V proves that Bury the Kings can provide a more thoughtful experience while sticking to their deathcore guns. While it’s a bit on the shorter side, it doesn’t diminish the fact that it can deliver some thrills and emotional resonance along the way.