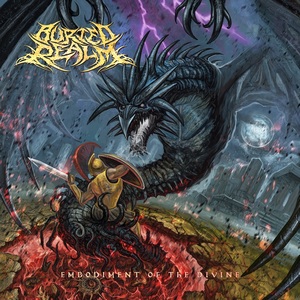 Well done melodic death metal that hits all the right marks. In truth, that’s all you really need to know about Buried Realm if you are on the fence, or somehow slept on 2017’s debut, The Ichor Carcinoma. One-man act Josh Dummer’s sense of the genre is spot on, and once again, he’s also enlisted a drool-inducing list of guests to help him out.

Embodiment of the Divine travels similar waters to the debut, but the level of polish on the songs here is near-perfect. All one has to do is simply hit play on “Overlord” and genre-fans will all but salivate to the opening melodies – something that reminds this scribe of the best moments of older In Flames and Scar Symmetry brought up to 2020. The melodies and driving energy of this track is the standard that one could expect from the album. The heavy, low growls only add to the energy and power that the music unleashes, and it’s a powerful combination given the mid-to-speedy tempos that are often employed. As with the debut, Dummer handles the vocals, but is given assistance from Ryan Strain on close to half of the tracks, and his cleans add a soaring quality, particularly to the final two tracks, the sprawling and melodic “Infinite Mutation” and “The Wonder and Terror of Fortune.” Outside of Strain, the guest list is huge, with impressive guitarists from Scar Symmetry, Mors Principium Est, Born of Osiris, and more adding some extra character to each track. Though from a personal standpoint, Peter Wichers’ work on “In the Shallow Light” is the strongest highlight.

For melodic death metal fans who somehow avoided Buried Realm’s debut, check this one out and circle back to it. Dummer has a great ear for what works in the genre, and builds his vision without compromise. Buried Realm puts out some of the best melodeath that only a select few seem to talk about. Let’s work on changing that with this second album. Embodiment of the Divine is pure melodic death metal in all of its glory. 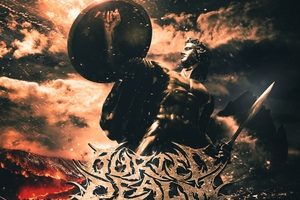