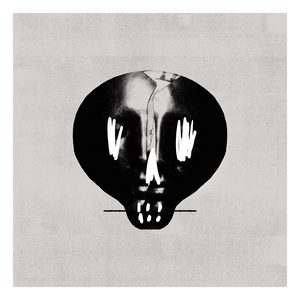 Veteran metalcore act Bullet for My Valentine have been an act that this scribe didn’t get much of a thought to.  The songs veered more towards the melodic (and occasionally emo-esque) side, which was a bit further over the line.  But hearing a few advance tracks to this admitted “Bullet 2.0” were intriguing enough to warrant checking it out.  This new era of BfMV is indeed heavier and more aggressive, deserving of the self-titled status as a way to show some sort of renewal and rebirth.

The first two songs on this self-titled release set the more visceral tone for the band.  “Parasite” and “Knives” are more scorching that some more old-school metal fans may expect, and they are a welcome injection to the band’s formula.  It grants an urgency, particularly with “Knives,” for the band to really exploit with some well-placed grooves and more subtle melodies.  Other songs, such as “No Happy Ever After” and “Paralysed” ensure that it wasn’t just an opening one-two punch, providing more energetic thrashy riffing at the forefront as well as some fiery soloing (particularly with the latter).  There are some more openly melodic songs, such as “Rainbow Veins” and “Bastards” in the middle of the album, which is a solid placement for a sonic break (at least a little bit) and adds some more diversity to things.  Given their surroundings of heavier tracks, they work quite well.  The band’s balance of melody and aggression is quite on-point, and closing song “Death By a Thousand Cuts” shows a mastery of it, blending the thrashier moments with some solid melodies that will stick in your head with little effort.

Bullet for My Valentine isn’t really changing the game per say, but it does give the band a needed revitalization that fans of more aggressive music should appreciate.  With the trend of getting more mellow with age being one that many subscribe to, it’s nice to see a larger act take a step back into more abrasive waters and add more dynamic to their songwriting abilities.