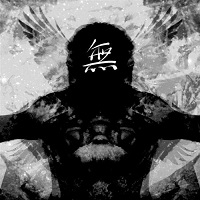 The last album in which has been a mostly-realized career (Angel Eyes is not something to be fucked with), Death Obsession sees Brown Jenkins continue down its wretched, uncomfortable path. The band (i.e. UA, who handles all instruments) has this odd, unseemly feeling to it…it just spews all over this seven-song affair.

Diversity is not in Brown Jenkins’ vocabulary, apparently, as Death Obsession reads

Because of the sparse vocals, Death Obsession takes some warming up to. It’s such a droning, abstract body of work that not being enraptured on some level is not an option. In fact, the band has succeeded in eluding proper description altogether, pulling from the various dark corners of metal for one last final, glorious salvo.