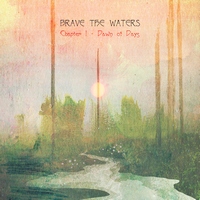 Drawn to this album due to the members involved, Brave the Waters should surprise fans of the works of Tom Anderer and Rick Habeeb. The duo, known for their role in the doomy Grey Skies Fallen and the snarling grind of Buckshot Facelift, have taken their shot at a genre many seem to be gravitating towards lately – instrumental post-metal.

Far removed from the more abrasive bands the duo is involved with, Dawn of Days provides some dreamlike, floaty melodies throughout its 22-minute runtime. Supposedly much of the album is improvisational, with the duo focused on spontaneity in the studio to accomplish their work. It’s the type of album that you listen to when you just need a bit of calm, with the clean guitars and heavy reverb effects taking center-stage with an light vibe of psychedelia. It does seem to take some warming up to, with the back half of the album feeling a bit stronger than the opening three tracks. “Journey through Highwood Forest” is a treat, with an elegant and wispy melody at the end of the song. “At the Old Stone Bridge” ends things on a particular high note, with a more mellow and esoteric feel.

While some might be tired of the overall sound, it’s worth a listen for fans of the band members involved and genre fans. It doesn’t really go too far outside of the designated parameters, but if it ends up becoming an annual recording (as the members have stated), consider it an intriguing beginning to something that could be taken further down the line. 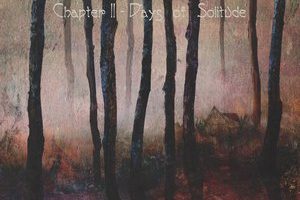