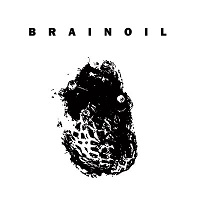 , but such is the case for Oakland’s Brainoil. On their second full-length Death of This Dry Season, there’s actual structure to adhere to the band’s startlingly ugly riffs and even uglier sludge sound. And there’s lots of grooves to boot, which makes this sorta pretty, like putting lipstick on a pig. Or not.

Sloppy and gnashed together with a thick production job, a lot of these songs are quick to pick up steam, most notably “Gravity Is A Relic,” which takes the heads-down barreling of old Iron Monkey, but manages to streamline it. When a supremely killer slowed-down sludge riff kicks in at the halfway mark, it’s on like Donkey Kong. Likewise, the churn of “Opaque Reflections” and punk rundown of “To Bury the Pages of Existence” help keep the album from entering into the infamous sonic bog that their contemporaries fall prey to, while closer “The Beauty of Death” eventually draws to an ominous end, only adding to the sonic desolation that was.

Hard to draw a sludge album up better than Death of This Dry Season. Granted, the style’s limitations will forever put a low-hanging ceiling on all of sludge’sbands

, there are the rare moments when something tangible can come out of the sea of noise. Consider this album to be one of those moments.