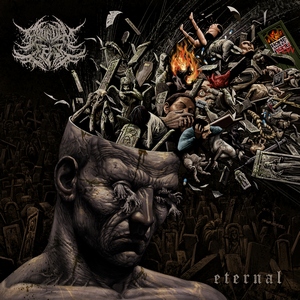 If there was one word that described Bound in Fear’s debut full-length The Hand of Violence, it would ‘monotone.’ Downtuned chugging deathcore that stuck its feet in the mud at low speeds, unimpressive riffs, and seemed to prioritize vocal presence over all else. In short, it was a tedious experience to listen to. While follow up EP Eternal doesn’t see the band alter things too significantly, it’s still a definite step in the right direction.

As already mentioned, the main problem with The Hand of Violence was how repetitive the music itself was. Knuckle dragging riffs are fine and all, but they can’t be the entire platform – it should simply be a part of the whole. While the band does still rely on these chugging, slow tempo riffs for a good chunk of this EP, they have put some more dynamics into the whole thing. “Left to Drown” accelerates a bit, as does “My Mind, My Prison.” These sections allow the slower ones to stand out more in terms of their overall aggression, and while the riffing does still have a pretty straightforward impression in these moments, it feels undeniably more dynamic because of this. There’s some slight melodic touches as well, such as on “Everblack,” that steer things away somewhat from the breakdown dependency in said track. The band could still do well to put some more diversity into the riffs themselves so that they leave more of a lasting impression, but the progress is notable.

Eternal is a clear step up from Bound in Fear’s last release. It would be nice to see the band offering up a greater spread of riffs other than the downtuned chugs, but with some added tempos and bits of melody (not to mention the shorter run time with an EP), it leaves a bit more of an impression. 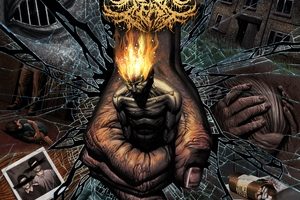 Bound in Fear – The Hand of Violence (Unique Leader)