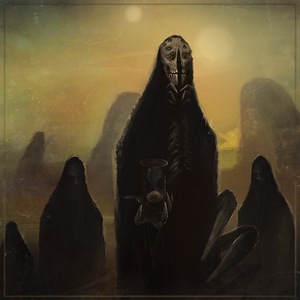 With more and more spotlight on technical death metal bands, it’s getting harder to impress listeners with musical chops alone. There’s got to be something more below the surface, and some bands are beginning to take notice. Some are able to take some influence from the starkly technical side and combine it with other parts to create music that is easier to stand apart from the crowd. In the case of Michigan’s Boreworm, it’s a matter of making things incredibly heavy.

Ultimately, technical death metal is more of a starting point in which to describe Boreworm than to flat out label them. There are melodic and atmospheric segments that stand apart as well as mix during the heavy sections, and even some post-black elements seeping in. Some of the melodies provide an excellent contrast with the otherwise brutal music behind it (see the title track) and really add to the moment. The biggest defining characteristic of Boreworm is just how gargantuan their sound can be at times. Blistering death metal with a wall of sound behind it, and points of “Vile Husk” and “Synapse” really lay into the density factor at several moments. You can zip from wisps of melody within the brutal framework to a barrage of faster riffs to some slowdown to the mid-tempo where they really unload the wall of heaviness. These moments bring some added life to the act, even though Boreworm aren’t one of those bands that use technicality as a crutch. You can hear and appreciate the more technical flavor of the riffing and arrangements, but they never go too far that it inhibits the feeling of the song.

The various elements swirl together to make Entomophobia a far more interesting offering than one might expect based on a brief glimpse of the act. For only having two EPs under their belt, the future is looking pretty impressive for Boreworm.