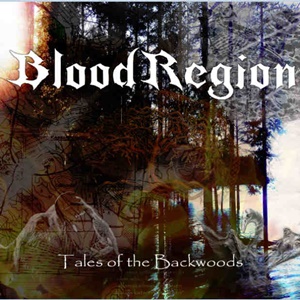 Originating in 2002 and finally ramping up activities in 2011, Finnish act Blood Region have released a couple of EP’s and numerous singles while putting together this lineup. Originally developing more of a NWOBHM meets thrash template, it’s clear when taking in this full-length Tales of the Backwoods that these musicians still come from this platform but seem willing to add atmospheric and cultural elements for an even more original take on the genre.

Beyond the strong guest support from musicians associated with Rough Grind, Profane Omen, Noumena, and Clandestine among others, the standout spotlight comes from recent recruit Ira Green on vocals. She has a delivery that can be smooth one second, then gritty the next – hedging more of a crossover between John Bush of Armored Saint and Metal Church versus a symphonic or angelic melody maker. A Finnish led “Kaiho” is a stripped-down acoustic driven affair with hand drums and male vocals, the electric lead break keeping things metal for the moment for an otherwise fine folk diversion. The track listing fluctuates between shorter/ quicker efforts in radio-friendly times against a couple of epics, of which “Mountain of White Fire” stands out due to it’s dynamic galloping to clean transitions as well as harmony sensibilities, something in line with Iron Maiden against Helloween / Blind Guardian but with extreme/saxophone spots to totally throw the audience for a loop. The lyrical content is equally diverse and engaging – historical tales and visions like “The Oaken Passage” and “Phoenix Daimonion” providing that journey of the mind, while “Korpi Metal Riders (From the Obstrobothian Gates)” speaks to the legions of followers from their area.

Blood Region excite because of the way they use all the traditional, power, and thrash parts they favor and blend things together in a distinct, dynamic way. The folk and extreme accents sound organic and not forced – keeping Tales of the Backwoods on point. If you enjoy a record that doesn’t follow that linear aural line but is very catchy and contains a boatload of special hooks, this could be well up your alley. 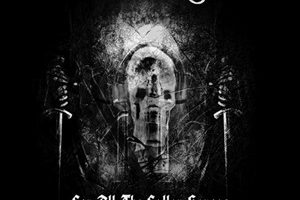