Danish five-piece Blood Label waste little time carving out their own piece of real estate in extreme music with their debut album. With only one EP under their belts (2011’s Existence Expires) before this release, the young quintet lashes out with all the fury and conviction of a newly assembled mercenary unit carrying an idealistic creed and a chip on its shoulder. In the process, they offer a refreshingly unique take on extremity that stands defiantly apart from their contemporaries.

Skeletons presents a blend of musical styles that creates a dramatic listening experience, seamlessly rising to a hellaciously frantic pace in thrashers like “Explode” and “Coup de Grace” before diving back into such midtempo plodders as “Shotgun-Blown in the Face” and the sluggish crawl of the title track. And just when you think you’ve figured out the group’s formula, they lay down a groovier number like “Stuck in Limbo,” whose riffs and obscure time signatures sound like an ode to fellow countrymen Mnemic. While much can be said for the overall pacing of the record, even more notable is the cue Blood Label takes from modern alternative rock in the pacing of each song, infusing every track with clearly delineated rising and falling actions to create a series of self-contained epics; the result is irrevocably engaging.

Guitarists Alexander Kjeldse and Jesper Jakobsen play a tight and complementary style that fleshes out the album. Solos are sparsely but tastefully implemented, adding color without ever overstaying their welcome. And the common thread that creates that necessary cohesion is Kenneth Jensen’s unbridled, yet melodious when necessary, scream that falls somewhere between Greg Puciato and Peter Dolving—pure intensity.

There are very few hiccups on this first outing, but among them is the unfortunate fact that the snare is occasionally lost in the mix during blast beats (“Snake in the Grass”). Additionally, “Bad Blood” and “Disease Pit” struggle to find the hooks that come so naturally to the rest of the record. These issues notwithstanding, Blood Label have made a strong first impression, and the future looks promising from here. 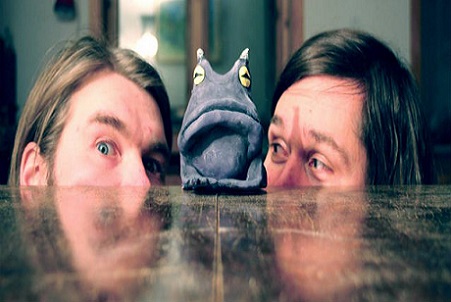