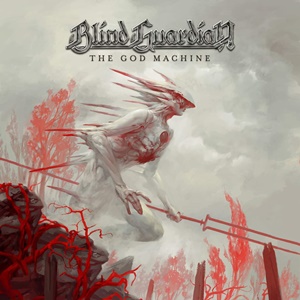 Seven years may seem like an eternity to most metalheads between studio records – but it’s not as if Blind Guardian has been sitting away on the sidelines during that time. They released a triple live album Live Beyond the Spheres in 2017, toured globally, issued their long-planned orchestral record Twilight Orchestra: Legacy of the Dark Lands two years later, and even had time to record a holiday Slade cover “Merry Xmas Everybody”. Now that the world is returning to normalcy, The God Machine illustrates the rich history of these veterans, providing a veritable musical stew of the past and present in terms of power, progressive, and epic metal textures for this eleventh studio record.

The immaculate guitar work between layered rhythms, spirited lead breaks, plus additional nuances throughout these nine tracks ensures Marcus Siepen and André Olbrich deserve accolades for their contributions to the metal movement overall. One listen to the cultural atmosphere and harmony-rich angles during “Damnation” or speedier, deadly riff parade for “Blood of the Elves” will hook people who’ve been yearning for aspects of classic BG albums such as Somewhere Far Beyond or Imaginations from the Other Side. Meanwhile the expansive elements that have taken place for keyboard/orchestration supplementation against the natural electric hooks come to the forefront on “Secrets of the American Gods” – the main musical riff plus supporting lead break action very Egyptian-esque, while Hansi’s main delivery continues his gritty, bard-like purposeful presence that we’ve all come to expect, know, and love. Speedy shuffling, drop on a dime transitions, as well as additional galloping support gives “Violent Shadows” that old school feel, incorporating a mix of screams and fierce melodies while the drum work from Frederik Ehmke takes into account flexibility, finesse, and tremendous power hand to foot combinations. When it comes to the somber, reflective movements, you will get a majestic power ballad in “Let It Be No More” – the use of clean/electric guitars, background choir parts, circular calm passages all certain to leave the listener breathless. Pulled together by the wunderkind producer Charlie Bauerfeind, he often has to make sonic sense of the multitude of sounds put forth into a cohesive, comprehensive output that requires numerous playbacks to grab every subtle nuance.

Usually, it takes a year or so to fully decide where a Blind Guardian album slots in their vast discography. For this scribe, The God Machine sits comfortably in pulling from aspects of At the Edge of Time just as easily as Imaginations from the Other Side – intriguing as it is catchy, ideal for those who may have thought this band went too far astray from their power/speed roots. 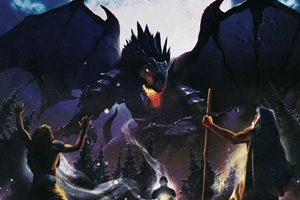