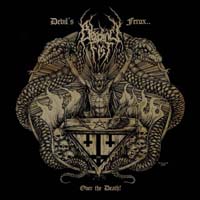 Funny how there’s a segment of bands that will do everything they can to sound as flawless as possible, while others are perfectly happy with a 1986 production job. Indeed there are zero production value here, a happening some bands of the dingy, raw variety usually fall prey to. Such is the case of Slovenia’s Bleeding Fist, who kick at the long-dead corpse of early black metal on this 5-song MCD, Devil’s Ferox.

Wearing their influences on their sleeve (read: early Bathory, Venom, etc.), Bleeding Fist manage to create quite the ruckus with their black/death hybrid. Opener “Monuments Desecration” crawls into a haunting mid-tempo pace, and the title track is a basic down-beat thrasher augmented by evil guitar leads. “Pillars of Black Enlightenment” sees BF hit their black metal side hard (lack of metronome included), while the awesomely-titled “Force the Dead to Confess” emerges as the pick of the litter. A tribute to cult Italian act Death SS (“Black and Violent”) rounds out the set.

Blistering is not necessarily charmed as we are appeased by bands like Bleeding Fist. Death and black metal are in severely processed and “too clean” of states, which makes releases like Devil’s Ferox a breath of (putrid) fresh air. 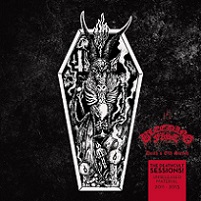 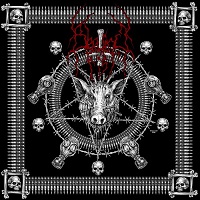