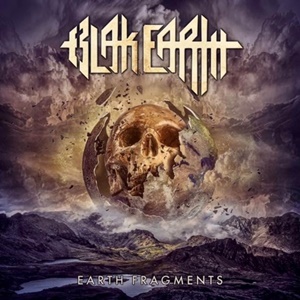 The soaring melodies draw immediate attention in specific songs like “Temple of Darkness” and “Voyager” – Eric rearing back to belt out those upper falsetto notes with power, charm, plus conviction that put him in the caliber of Rob Halford or Geoff Tate at times. Bassist Amelia Gioello and drummer Mark Aguirre get the opener “Dead Heart” off to a pulsating start through their complementary groove tactics – a swinging nature that allows the guitars to weave around the arrangement like skydivers in a Dio-era Black Sabbath meets Iron Maiden-oriented charge. Beyond riffing that pushes all the right progressive, power buttons, the lead breaks excite while making sense to serve the needs of each song – Andy Pastore along with Bojan a duo that keeps ears on high alert for their rhythm/lead workload, transitions, plus hero-oriented proclivities. There’s even a little bit of 80’s melodic hard rock textures that appear from time to time – the opening chord sequence of “Warlord” delving into W.A.S.P.-like measures before the double kick parts and subsequent galloping/street level riffs bring things back to Jag Panzer meets Vicious Rumors textures.

The production values and tones as well as the Jan Orkki Yrlund cover art for Earth Fragments keeps Blakearth in the conversation as a full-fledged professional act aiming to make a strong first impression – and hitting the mark. Let’s hope the next record is a full-length, as this is premiere stuff for those into old school progressive-oriented power metal.