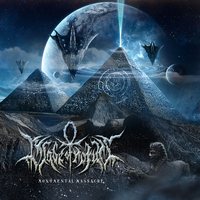 Australia’s Blade of Horus is the next band to try to make it big in the tech death field, with Monumental Massacre being their first dip in the pond. A short, 22-minute EP comprised of 6 songs and an intro – the band wastes no time with subtleties or nuance. Tech death is what you ordered, and tech death is what you will receive.

Enlisting the talents of Kevin Talley (Suffocation, Misery Index, et al), Blade of Horus do check off all of their tech death boxes over the course of the EP. There’s a crisp production from Ryan Huthnance, a killer sci-fi cover, and plenty of wow-factor guitarwork. Unfortunately, that’s also the problem that comes to mind with Monumental Massacre – it doesn’t really move to any outside-of-the-box territory. Sure, there’s some elements of slam (and some pig squeals) that infiltrate the overall technical waters, but nothing really leaves an added impact once the last song ends. It’s fine enough to hear a track like “Death of a Spartan King,” which balances some groove with dizzying guitarwork at breakneck speeds (and fancy leadwork), but at the end of the day, it all seems a bit mechanical.

There’s no doubt that Blade of Horus have the playing ability down pat, but it’s hard to differentiate them from the next tech death band that stands up at the plate. The band needs some sort of niche to call their own if they want to really stand out and make their mark upon the scene. It’s technical and brutal, but ultimately Monumental Massacre fails to leave a lasting impact.