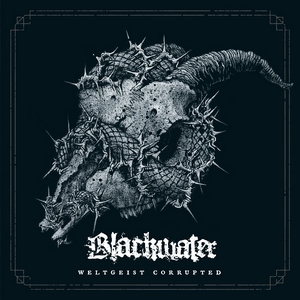 Taking the ‘everything but the kitchen sink’ approach to extreme music can be one that’s daunting and complicated to get right. Blackwater takes this approach to incorporate a wide swath of extreme elements with Weltgeist Corrupted. But it turns into an advantage for the band, wielding everything from death metal to grindcore to black metal and beyond in their attempt to annihilate all things in their path.

Weltgeist Corrupted is a blistering 21-minutes of material that checks off all of the extreme metal boxes you’d like it to. While the band is mostly rooted in death metal (and the more brutal of the variety), the grind element is ever-present in terms of both song length and explosive energy. Blackwater frequently hits the gas pedal over the course of the album, though it’s not their only tactic. While blackened influences couple frequently with the bursts of speed (such as the title track), the band doubles down on death metal when it comes time to slam on the breaks (pun intended). Massive brutal death metal grooves and atmospheric darkness await when the band eases off of the speed (see “Of Behemoth and Leviathan” or “Clonal Expansion”). All this variety gives the album a more original take than most death metal of this type, particularly the more modern sounding bands.

While the formula does appear to be strengthened from that of their debut, Founded on the Shambles, one still gets the impression that their finest hour is yet to come. It’s more ambitious in sound that described, and some of the switches between tempos occasionally feel a bit more jagged. But that’s really the only thing stopping the act from moving up on the death metal ladder. That said, there’s plenty of varied brutality to enjoy as Weltgeist Corrupted blasts through the speakers. 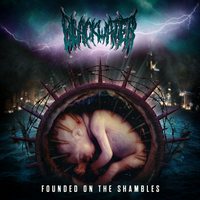