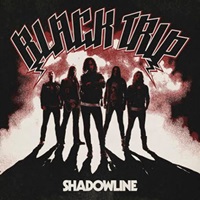 When ideas and time come together, the possibilities are limitless for the musical community. Swedish traditional heavy metal act Black Trip have a formidable lineup that already gives them a bit of a head start since their 2013 debut Goin’ Under. Enforcer guitarist Joseph Troll trades his axe for a microphone here, while his drummer bandmate Jonas Wikstrand pounds the skins again – beyond ties to Necrophobic, Dismember, and Krux for others. For their second album Shadowline the emphasis remains on old school licks, ethics, and natural, raw abilities – pumping out the musical hooks and harmonies early and often, embodying a lot of the early roots of heavy metal in these 10 tracks.

Where Black Trip differ than the Enforcer speed style is more in the bluesy phrasing and careful note choices – occasionally allowing the bass play of Johan Bergebäck to take control on the lead break closing for “Clockworks”. The twin guitar display from Peter Stjärnvind and Sebastian Ramstedt steals most of the show – very calculated yet tastefully paying homage to the works of Thin Lizzy, early Iron Maiden, and a bit of Gary Moore meets Michael Schenker-era UFO on standouts like the calm to bursting number “The Storm” or the straightforward intoxicator “Danger” (Phil Lynott deserves a tip of the cap here). Joseph vocally keeps his range fairly gritty and down to earth – a Dickinson or Dio he is not, but he still gets the job done in an older NWOBHM meets Lynott delivery for the moody title cut and AC/DC oriented “Subvisual Sleep”.

Occasional use of haunting background vocals and organs adds a little bit of evil mystic to the proceedings – maybe another honoring of the early European gods such as Angel Witch or Mercyful Fate. Name dropping aside, Black Trip should have no trouble appealing to the elders within the scene (fans and musicians alike), but hopefully Shadowline can get those second and third generation tiers excited about early heavy metal again. Save room on your denim jacket for these guys. 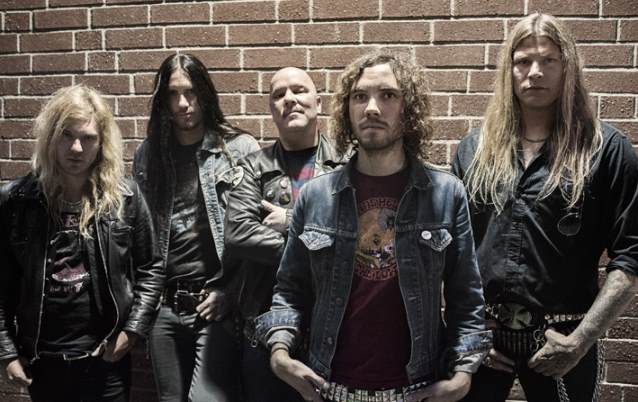