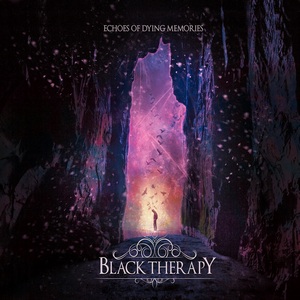 In a year that so far has held nothing back in terms of melodic death metal (from big acts like Soilwork to smaller ones such as Meadows End), Italy’s Black Therapy are now about to unleash their third full-length, Echoes of Dying Memories. As with their previous material, it only takes a few seconds of listening for any melodeath fan to get a big grin on their face. Black Therapy knows the ins and outs of the genre, and have honed them in to their fullest extent here.

Much like with their preceding album, In the Embrace of Sorrow, I Smile, Black Therapy provide melodic death metal in its purest form. There’s almost no clean vocals to be found (“Ruins” uses them quite wisely), nor groovy commercially-inviting riffs to get in the way, just ear-pleasing melodies that are equally bathed in sorrow and aggression. That Mors Principium Est/Insomnium type of material that has an epic vibe without having to soak in synths to get the point across. Most of the tracks have a tendency to get the blood pumping with galloping mid-tempo riffs caked in some splendid sounding melodies, such as the energetic “Dreaming” and “Ideal.” On the other end, the slow-burner “Rejecting Me” flirts with some doomier elements and the piano track “The Winter of Your Suffering” gives a moment of pause before “Burning Abyss” provides some real fist-pumping energy.

Echoes of Dying Memories revels in its execution of melodic death metal’s fundamental principles. Whether it’s swirling melodies or an absorbing lead/solo, they are perpetually nailing the feeling of the Gothenburgian legends before them. There’s just enough aggression to satisfy the ‘death’ component as well, without being overtly abrasive. While the conventions are adhered to for the most part, Black Therapy deliver them in a way that it is still an absolute treat to listen to. 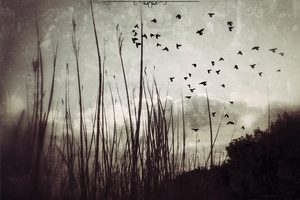