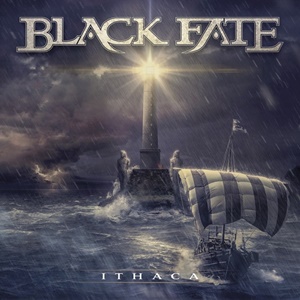 Onto album four with a thirty-year history for Black Fate, that’s not necessarily surprising for most Greek bands in the metal realm. Considering the struggle to keep steady lineups due to required military service, forward momentum can be a challenge – beyond securing the means necessary to compete with other bands across Europe and the world. With Ithaca, only drummer Nikos Tsintzilonis remains from the 1990’s demo days – although most of the quintet has been solidly in place since 2009, save for keyboardist Themis Koparanidis who joined last year. Six years removed from their last album on Ulterium Records Between Visions & Lies, these musicians develop a focused power/progressive metal mix of songs that will hit home for many who love a flair for the dramatic, cinematic, or theatrical nuances.

There seems to be an extra intensification to the little hooks and nuances that along with the neoclassical/syncopation flurries keep most of these songs humming along nicely, where you feel the mechanics instantly and can dig deeper with successive passes. The immediacy of guitarist Gus Drax axe play against Themis fluid keystrokes makes “Fortress of Solitude” and the driving atmosphere of the title cut surefire standouts. Symphonic, orchestration flair along with whispered female voices heighten anticipation for the mid-tempo, epic nature to “Nemesis”, allowing the vocal melodies to sweep above the progressive meets power parts that swirl back and forth during the arrangement. The majestic range from the voice of Vasilis Georgiou will mesmerize much like Roy Khan during his Kamelot run – restrained when necessary, rising to upper register to match the moving musical parts, dark or energetic as some of his best work in “Secret Place” or the acoustic-led ballad “Rainbow’s End” illustrate. The group can move from Kamelot to Fates Warning and Symphony X as far as where they go for musical inspiration, intricacies, and technique – displaying fantastic interplay and chops for “One Last Breath” while ensuring solid, memorable hooks and stunning harmonies.

Let’s hope that Ithaca allows Black Fate to be more productive with future output on a timely basis, as they have proven that they can deliver memorable songwriting and impressive chops in a tight, melodic-driven package for the power/progressive metal community to champion. 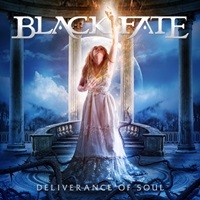