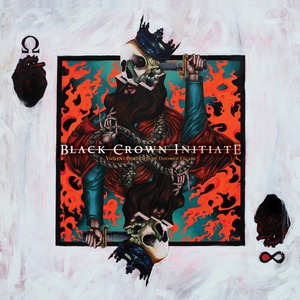 Already having established themselves as a band that perpetually moves forward, not content with releasing the same album twice, the wait for more Black Crown Initiate has been a long one. It’s been four years since they released Selves We Cannot Forgive, but the band has triumphantly returned with their third full-length with a new label behind them and a release that resonates as strongly as anything they’ve done in the past.

Violent Portraits of Doomed Escape has some of the intriguing songs the band has done, and none of the tracks are truly ‘straight-forward.’ The first taste of the album that was released last year, “Years in Frigid Light” is a great example of this, with a moody and dark tone to it, wallowing in some almost doomy riffs and mid-tempo sludge but flips things upside down with a few moments of shining clean vocals and groove, not to mention the occasional jackhammering drum blasts and driving riffs that seem to twist around corners. The melancholic slow burn of “Death Comes in Reverse” builds to a stunning degree by the time it reaches its end, and seems to revel in a dreary playfulness. The closest thing to an upbeat-sounding track the album has, “Trauma Bonds” soars with Andy Thomas’ clean vocals and some ethereal melodies that persist throughout the track. The most experimental track, “Bellow,” features vocalist James Dorton’s menacing growls coupled with throat singing and a more pensive atmospheric tone, which has an insidiously creepy and otherworldly vibe that serves as a break between the album’s first and second halves. Lastly, continuing the circular notion that the band has done in the past, “He is the Path” serves as another fine take, with a gloomy yet strong connection to opener “Invitation” that makes you want to simply start the whole thing over.

One could easily dissect each of the tracks and what it offers, but the biggest take away is that Black Crown Initiate really have evolved their sound to a point where it’s instantly identifiable. Whether it’s the vocal combination of Dorton’s growls and Thomas’ cleans, the intricate yet throttling riffs, or the aforementioned jackhammering drum sound, you can instantly tell its BCI when you hear any of these songs – even despite the continued momentum forward in their songwriting. It’s also important to note that given the structuring of these tracks, it’s also more of a grower. While some aspects immediately stand out (“Bellow” and “Trauma Bonds” to this scribe), it’s an album that rewards patience and your full attention as its story unfolds.

Continuing to push their sound into more elaborate and almost cinematic ends, Violent Portraits of Doomed Escape sees Black Crown Initiate at the top of their game. Few acts utilize such a sweeping take on song dynamics and play off the varied contrasts as BCI does, and those seeking some breathtaking moments are sure to find them here. After some time away, this is bound to soak the band in buzz once again within the extreme circles. 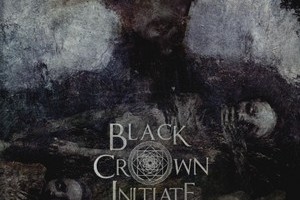