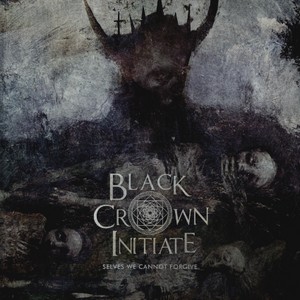 Quickly rushing to the top with their celebrated Song of the Crippled Bull EP and debut full-length, The Wreckage of Stars, Black Crown Initiate sought a balance between crushing death metal and emotive atmosphere. They also sought to not repeat themselves as they moved forward. A claim made by many bands, but one that Black Crown Initiate hold tight to with their second full-length, Selves We Cannot Forgive.

Elsewhere, you can find more nods that BCI is continuing to evolve. The most immediately infectious of the bunch, “Again,” sees the band diving deep into progressive rhythms and melodies and features a standout solo from new guitarist Wes Hauch. “Matriarch” pushes things on the atmospheric end, having a rather personal tone that is augmented by its slow-burning and melodic shifts, growing into more explosive territory. Even what is arguably the most frenetic song on the album, “Transmit to Disconnect” takes a break from the intense riffing patterns to dwell in some quiet, self-reflective moments. It should also be noted that the bass is much more audible than on Wreckage, really playing a shining role – particularly with the more progressive moments.