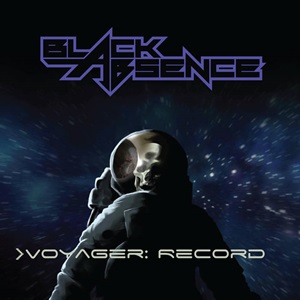 After witnessing this Holyoke, MA five-piece Black Absence opening for Ghost Ship Octavius recently, an inquiry into recorded material was answered – resulting in this latest full-length Voyager: Record hitting the in box. Describing themselves as melodic thrash in an authentic, raw, and unabashed manner, it’s an apt category to put them in from a musical perspective, although the vocals seem more savage and primal with a bit of screaming/barking propensity that maybe leans towards the Lamb of God philosophies.

The channel changing intro that sets up “Oz” speaks to the varied nature to the riffs and tempos on hand – one minute guitarists Kevin Sanders and Sean Cahillane lean to a semi-galloping stance, and then the next ride on more of a thick rhythm train, a lot of the solo work possessing a Zakk Wylde meets Dimebag-oriented outlook. Second song “A Grave Situation” has a fan-friendly chorus that begs for crowd engagement, the mid-tempo arrangement in line with a lot of Bay Area favorites like Metallica and Testament. There’s a guest female vocalist in Sarah Winokur who duets with regular singer Mike Lalonde for their parody of Taylor Swift’s “I Know Places” – providing some dynamic contrast as the song has a softer instrumental interlude that gives way to a more ‘mosh’ friendly riff plus an exciting lead break.

Potential definitely exists in pockets of this record – choosing a classic grandparents line from 80’s movie Sixteen Candles for the aggressive “Hate and Anger”, as well as tasteful guitar/bass interplay during the follow up “Still I” – but the band struggles to maintain overall cohesion track to track due to a lackluster production. Drummer Liam Malone has solid kit skills- unfortunately, the lower frequencies get squashed as the snare sound dominates, in a ping ping manner that lack that metal punch (something more akin to hardcore or punk actually). First impressions last in a recording environment, so hopefully next time the band spend more time on the proper tones and budget to capture their sound a touch more accurately.

Seasoning and possibly a different engineer/producer could pay dividends – for now, the best way to experience Black Absence is at clubs and stages in New England while they perform live. 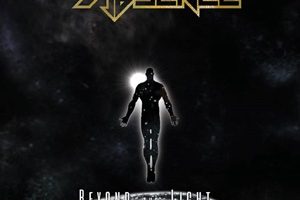 Black Absence – Beyond the Light (Self-Released)