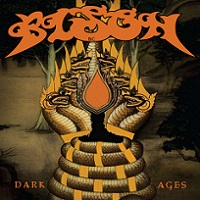 After creating a stir with 2008’s Quiet Earth, Vancouver’s Bison BC are back with the equally large-in-girth Dark Ages. And while there’s no real huge distinction between Dark Ages (what are we doing now – stealing Soulfly album titles?) and its predecessor, the fact remains that Bison BC are one of the few band worthy of Mastodon/Melvins mantle. This alone makes this sorta-backwoods band worth checking out.

At the core of the band’s sound is the rumbly-tumbly, distortion-on-a-million guitar approach. The riffs have that saddled, ear-splitting feel to them, as evidenced by killer album opener “Stressed Elephant,” which provokes a nice little visual – a stressed-out elephant. Shards of Mastodon creep in during “Melody, This Is For You,” especially the crotchety Southern-flavored acoustic guitar intro. From there, it’s just a gigantic wall of distorted bass and guitar murmurings, toppled off by the two-headed vocal monster of bassist Dan And and guitarist James Gnarwell.

Dark Ages puts the throttle down during “Two-Day Booze,” which knowing the band’s quirky sense of humor has something to do with adult beverages. Sure, it’s the most Mastodon-sounding jam on the album (ref: “March of the Fire Ants”), but it’s a jarring number that is supplanted nicely by the king-size groove of “Die of Devotion” and melodic angles of album standout “Take the Next Exit.”

There are a million and one bands playing this style and most will get a simple yawn and “next” response from this ever-discerning scribe. Not Bison BC, though. These Canucks have this genuine, but we-don’t-give-a-rat’s-ass attitude to them that permeates Dark Ages and the still very imposing Quiet Earth. Two albums into the “major” label career (yeah, we consider Metal Blade to be one at this point) and they’ve yet to misfire. Look the fuck out. 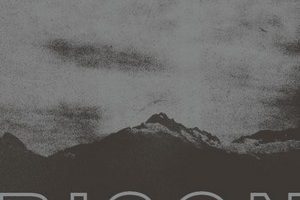 Bison – You Are Not the Ocean You Are the Patient (Pelagic)