Between the Buried And Me – The Best Of (Victory Records) 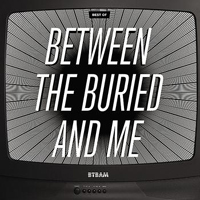 A bit of a no-brainer on Victory and BTBAM’s part to do something like this considering the two parties have recently moved on. And while there is the threat of over-saturation since the band’s forthcoming The Parallax: Hypersleep Dialogues is to be released around the same time, it’s quite difficult to become tired of BTBAM – they’re too multi-faceted (and interesting) for such nonsense.

As the title suggests, the three-disc (2 CD’s/DVD) The Best Of picks and pulls from the band’s entire discography. The early, rugged days of 2003’s The Silent Circus (“Ad a Dglgmut” is included here, easily the best song on said album), to the prog-happy territory they’re currently inhabiting on Alaska. In fact, it’s with Alaska where the band made the biggest jump, as their winding, weaving songs started to become more progressive and interesting, all the while cueing in some well-placed melodies, especially on “Selkies (The Endless Obsession).”

The set is highlighted by tracks from 2007’s Colors, specifically the quirky, but deadly “Prequel to the Sequel” and labyrinthine “White Walls.” Rounding out the second disc are some cuts from 2009’s The Great Misdirect (“Mirrors” and “Obfuscation”), along with live cuts of “Mordecai,” “Shenavel Cut A Flip” and “Backwards Marathon,” to name a few. The DVD portion contains the music videos for the aforementioned “Mordecai,” “Alaska” and “Obfuscation.”

Between the Buried And Me are very much a prime entity at the moment, not just because they’re in the prime of their career, but because the chances they take (and they do take a lot) often result in gold. There’s little ground the band has yet to cover, something this very worthy (and mandatory) set proves in droves. Rare when we’ll vouch for a “best-of” set like this, but in this instance,Best Of is totally worthy.