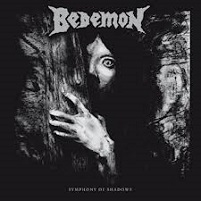 I think fans of Black Sabbath, Pentagram and even Trouble should be rejoicing right about now. Not because these bands are releasing new material, but rather for the reason of how they have inspired Bedemon to continue raising the flag of doom metal in their honor. What you get is a band hailing from California, armed to teeth with explosive, fuzzy riffs and determined to capture that old-school doom sound on their full length release.

Symphony of Shadows boldly pronounces the reverb-laden style of gloomy 1970’s doom metal and presents it as fresh corpse ridden fodder for the modern era. What you get is a band that clearly sees this music as a labor of love and their sound is closely reminiscent of the first two Pentagram albums. The heavy, groovy riffs are sweet music to my ears and you will notice this in the song “Godless,” which in my humblest of opinions is pure Pentagram worship.

“Hopeless” is also another notable song on this release which proves the Sabbath style can still remain a vital source of inspiration. The song is equally as long as Godless and it delves into the vintage brilliance of Sabbath Bloody Sabbath to grab as a frame of reference. From there, the Black Sabbath worship continues to breathe life into the song “Son of Darkness” because of the atmospheric touch felt by the big-time doom riffing. The band strives for so much feeling and emotion to their playing; you really can’t go wrong here.

Of course, all this emotion and feeling is largely due to the fantastic playing of Geof O’Keefe and Mike Matthews. O’Keefe actually spent time in Pentagram, so his association with the band has clearly rubbed off as an influence here. His duties are split on performing drums and playing guitar, while Matthews handles bass and guitar duties. Rounding out the trio is vocalist is Craig Junghandel who balances out his singing of eerie melodies and occasional, maniacal narrative characteristics to match the output of the guitars.

As a whole, Symphony of Shadows is a success, simply because it strives to evoke atmospheric sounds and deliver morbid bass rhythms and bluesy lead melodies. I also love the fact this simply is an attempt to capture the past, more specifically the old school doom metal esthetic. Give this a try if you want to relive the true essence of doom metal and rival in the spirit of the creepy 1970’s goodness. 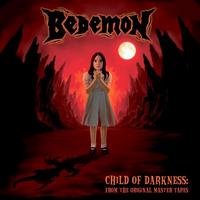