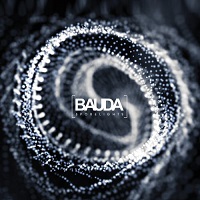 A band who evidently, are just starting to come into their own in the oftentimes expansive and exciting world of atmospheric rock-on-metal (or vice-versa), Chile’s Bauda have released a symmetrical, lush effort in the form of Sporelights, their third full-length. The trio fancy the shoe-gazing, but not dour approach of Porcupine Tree when they’re not going off the compositional rails, or even mid-era Anathema, particularly Eternity. But the sum of their influences the band is not, as Sporelights jumps along some pretty little paths that haven’t received full-exploration.

As suggested, there’s mounds of delicate moments here, most coming from the soft tones of vocalist Bauda, aka Cesar Marquez. While not possessing a overly suggestive and forceful voice, Bauda’s well-timed vocal touches on cuts like “Vigil” and the outstanding “Asleep in Layers” show the man is more concerned with serving the song than tooting his own horn, so to speak. So with that, the album eventually congeals into once steady atmospheric gaze, where the songs coalesce to the point where it’s part of one big(ger) package. And simply by not bogging their songs down with unnecessary progressive jaunts, Bauda ultimately finds their melodic place and purpose.

Good press has been following the album around, which is a promising sign for Bauda. Sporelights may not have the immediate impact as some of the bands they sometimes pattern themselves after, but when pondering vast, harmonious albums in the atmospheric fray, Sporelights should instantly come to mind. A strong atmospheric up-and-comer, no doubt.