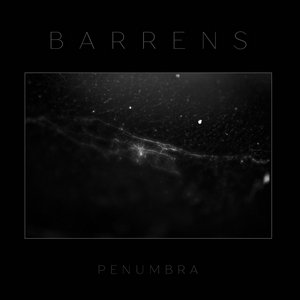 Sweden’s new post-rock trio Barrens’ debut LP Penumbra is a record of exquisite beauty. It’s the soundtrack of a scorched sky during a sunset and a haloed full moon. Synths that weave in and out of your consciousness and relaxes your soul for a half-hour journey that deserves repeated listens.

For a genre that reached it’s peak in the early 2000s with releases from Explosions in the Sky and Russian Circles, there are still some diamonds in the rough to be found these days. Echoing the magnificence of New Yorkers Sannhet or fellow Swedes Oh Hiroshima, Barrens are doing everything right with their driven approach to their music. Not a single moment made this reviewer want to check his phone out of ennui and really, how many records these days command that kind of attention? From soft opener “Antumbra” to the intergalactic allure of “Atomos”, the jovial pounding of “Oracle Bones” to the fuzzy landscapes and twinkling keys of “Grail Marker”; and not to mention the album highlight “Arc Eye”, there is a lot to take in this record and it makes you go for second or even third helpings.

Penumbra exudes the same mood as Nine Inch Nails’ lauded Ghosts records, perfect for recollections or just reflecting on the the world during the Age of the Quarantine. A somber soundtrack to the end of the world as we know it, and it feels fine.