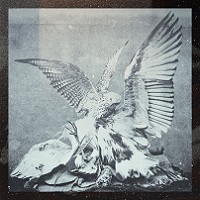 Post-metal band #4,210 in the house. (Obviously, that number is a bit of a reach, but understandably, there are a lot of post-metal bands.) Barren Heir happens to be a power trio from Chicago, with nary a release prior to Tired Turns. Heck, just a stroll through the band’s Facebook page reveals they’re just playing their first shows. A total starter band. However, their relatively young age (as a band) belies the weight of Tired Turns, which the band saw fit to release on their own volition.

As is often the case in post-metal, there are certain norms to abide by. The patented loud/quiet/loud again/quiet again template is used by Barren Heir, although the tilt across the five cuts here is more on the heavy side. As expected, the songs do not lack in length. Vocalist/bassist Eddie Limperis does not go the burly dude route, but his vocal heaves are frankly, a bit too intense for this context. (Read: He’s as anguished-sounding as any basement black metaller.) Yet, the songs have some wingspan, in particular, “Obey,” which works itself into a mesmeric sort of plod, complete with melodic guitars and the traditional drop-out, soft moment.

Tired Turns is emblematic of a band with promise, although Barren Heir should know they’re up against hundreds of bands doing virtually the same thing. Therefore, it’s of importance to highlight Limperis’s utterly ghastly vocals (they’re truly the most defining element of the band), along with their advanced instrumental interplay. Post-metal is a tough sound to break through on; Barren Heir, though, are off to a good start.