Backdawn – I Shall Burn Your Empire (Self-Released)

Thursday, 5th May 2016 By Katarina McGinn 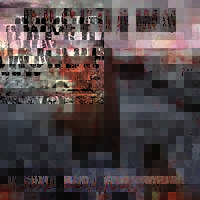 Sometimes it’s hard to pinpoint where things don’t work when they have no reason not to work. Take French up-and-comers Backdawn. The band takes elements of modern metal and toss them into a thrash/death/groove slurry that is heavy on riffs and anger. From a personal satisfaction point of view, this should cover all of needed check marks, but the final product doesn’t seem as strong as it should be.

Backdawn’s second full-length has some very familiar elements working for it. There’s a mix of melodic death metal at work in the background at times, in terms of the thrash-influenced riffing and raspy shouts moving through the speakers. Then there’s some serious groove (and modern) metal elements, with plenty of production meat on the bones of the riffs, that thunder along through mid-tempo choruses and some occasional clean vocals. Other bands have worked some real magic with the formula (Product of Hate quickly comes to mind). While listening to a song like “Surrounded by Fire,” the groove runs thick and there’s plenty to get the neck muscles working. But as the album comes to a close, it’s hard to recall a specific riff/groove/song that makes one want to crank the album once more. There’s just too much of a feeling of familiarity within the songs and a lack of that ‘killer hook’ to bring one back to it after several listens.

There’s nothing that I Shall Burn Your Empire does wrong so to speak. Everything is done by the book – but perhaps that’s where the problem lies. Backdawn has some chops that they pull out over the course of the album, it’s just that the banquet of riffs need some additional variety to warrant further and repeated inspection.