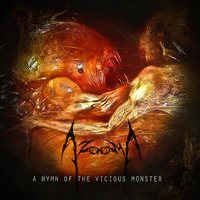 It’s not often that you hear about death metal from Iran. For Azooma’s debut EP, the band set a pretty high standard for themselves. The EP is a concept album about the idea that a man who is a victim of the situations that he is in can slowly turn into the monster he has been victim to. Interesting and profound from a philosophical standpoint, and certainly leagues above the ‘usual suspects’ of lyrical content. Then there is the music!

With heavy philosophical concept in tow, the music of Azooma is equally rich. Over the course of the 4 tracks (6 in total, counting the unusually cool instrumentals that begin and end the disc with some eastern flair), the band seems to hit all of the high points across the death metal checklist. Seemingly at peace with progressive, melodic, technical, and brutal death metal, Azooma manage to smatter them together in interesting and playful ways that never fail to keep your interest (even with the 5-10 minute song length spectrum the tracks live in). With an audible bass leading the way, Azooma string elements of jazz fusion and their own eastern heritage into the mix as well. This gives us a start-to-finish platter of wicked riffs. From the incredibly catchy groove of “Self-Inflected” to the majestic soloing of “Eridanus Supervoid” to the bludgeoning death metal riffing of “Gyrocompass,” it’s hard not to be impressed to each track. Going along with this, the vocals take a diverse approach as well, incorporating clean vocals a few times without sounding gimmicky or commercially-driven alongside the potent growls.

A Hymn of the Vicious Monster is an impressive debut from a band that seems sure to get on to everyone’s radar in the near future. The level that these guys are putting things together already just seems loaded with potential if they stay on this course. This is the type of outside the box death metal that more bands need to embrace and follow through with. 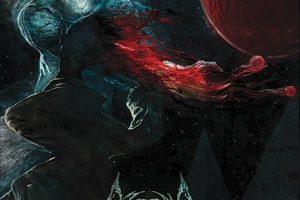