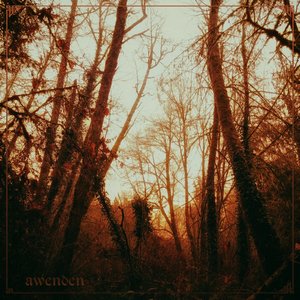 One of my great longings as 2019 drew to a close was the palpable dearth of new entries in the Cascadian fold. The genre featured heavily in my summary of the 2010s and if the present album is any indication, will very likely continue to feature heavily throughout my 2020s. I was introduced to Awenden during my considerable journey down the discovery rabbit hole opened up by Eigenlicht in 2018 – the band’s self-titled debut was (and continues to be) very endearing as a listen.

Two years on and from the void Golden Hour emerges – a bruising foray into what is possible within the sound and hooking yours truly. Six tracks with none being copies of the others yet not being so dissimilar that a kitchen-sink approach could be claimed. Featuring a variety of guest musicians from the PNW scene, fluidity and motion are key here. Synth, post-indulgences, and an almost shockingly thick production job all serve to overwhelm. Opener “Dawn” reflects all of the Cascadian hallmarks – blast heavy and trance-inducing while “Ritual Exile” is a void in which unknowable giants do battle.

Though the non-instrumental pieces all run in advance of ten minutes, Golden Hour surprisingly never feels overindulgent. Credit is due here likely to the sequencing as its 52 minutes flow by with ease, including the sizable and eponymous closer. Though melancholy and things beautiful are a regular feature across the album, the sinister makes an impact as well during the first half of “Weapons of War/Bury ‘Em”, a track that maintains a glacial weight if not a glacial pace throughout.

The production is something that deserves special mention here – this album sounds enormous. Though the scene may not be producing at the rate it once did, it is good to see that the sound is alive and well in the new decade and has lost none of its fervor. This is a more traditional-feeling release than the Izthmi release I covered but they stand together to highlight what remains possible as time and growth combine.

A new decade, a new set of fantastic possibilities.