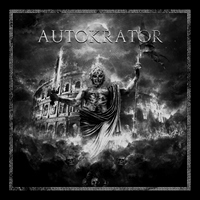 Initially, hearing something for the first time makes you just say “whoa.” In the case of Autokrator, checking out a song to listen to resulted in a feeling of “whoa, that is heavy.” The usage of industrial and drone elements into the cavernous death metal approach pack an immense wallop that is bound to make your speakers ask you what is going on. Unfortunately, it takes more than heavy to make a release that is memorable.

In some ways, the best band comparison to Autokrator would be that of Aevangelist. The difference between the two though, is that Aevangelist uses a horror-esque/ambient vibe to give a bit of breathing room from the onslaught. Autokrator, on the other hand, is pretty much relentless. Due to the mashup of the industrial backbone with the drone influence, you won’t find a discernable riff on the album. It’s just a wall of immense sound (with some intense growls by the way) that makes it extremely difficult to differentiate actual songs here. One may not completely note the drone influence, as the blast-beats a-flying approach gives the illusion of speed, even if the rest feels a bit murky. There is a concept in the album as well, focusing on Roman Emperors, but one has to wonder about it’s impact when the only track that has some individuality is that of “Autokrator,” which features some Italian spoken word and serves as one of the only breathers from the consistent beating the album gives.

There is some real potential with Autokrator, but it gets lost amid the spiraling whirlwind of chaos. In the end, it’s still just as immense in terms of sheer heaviness but it leaves little reason to return to the disc except for that one piece. A slight amount of memorability would make Autokrator a real force to be reckoned with. 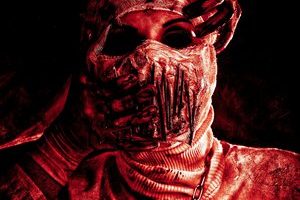 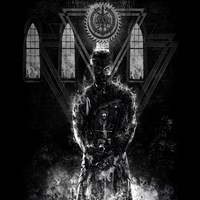