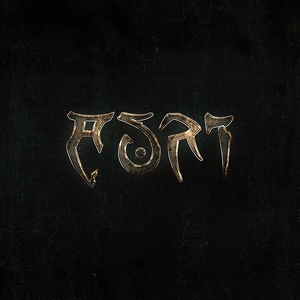 One of those ‘metal by association’ type releases, Auri does not fall anywhere near descriptions like “heavy” or “aggressive.” The band is a 3-piece, with Nightwish’s Troy Donockley and Tuomas Holopainen commanding the instrumentation to Johanna Kurkela’s vocals, and the act sits more in the dreamy and whimsical than anything else. But for those intrigued, there’s plenty of musical magic in store for any who take the journey.

Journey is the first word that comes to mind when listening to Auri, as it quickly takes you on a trip into a different world. Symphonic and Celtic elements lure you in with a sense of wonder and awe, as well as bring a child-like sense of innocence about the music. Johanna Kurkela’s vocals are an ethereal addition to the mixture, with vibrant percussion and a slew of different instruments (such as violin, flute, and uillean pipes) to back things up and provide more intrigue. You can dive into the other pop, electronic, and even some pyschedelic avenues as well to get an idea of the varied pieces holding everything together. Because of this, everything relies upon the songwriting, which is top-notch from beginning to end. Movements constantly shift seamlessly, with a touch of the progressive with “The Space Between,” the darker moods of “Savant,” or the touching grace of “Desert Flower.” Though the presentation seems simple enough, it’s easy to lose yourself within the feeling of the music and that’s the strongest compliment that can be given to the songwriting. It feels like each song is simply a piece within a larger movement.

More pensive than reactive, Auri may not be for the metal mainstream. But it conveys some genuine emotion and power, without coming across as saccharine. While it’s a bit cliché to discuss music as being able to bring you somewhere, Auri is just the type of release that you can simply shut your eyes and let the music overtake you. A unique experience that’s both ethereal and compelling throughout.

Auri – The Sound of Friendship